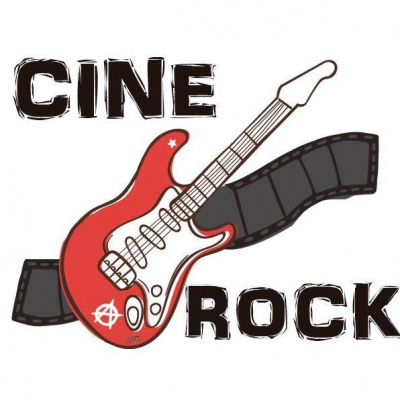 Cine & Rock is a movement of cultural occupation, run by the crew Rock Rio das Pedras. It integrates cultural and sportive actions, musical workshops, movie exhibitions, computer classes, Perna- de-pau, Capoeira, Jiu-Jitsu, and Judo to children aged 04 to 17. Our objective is to promote social inclusion and empowerment of children and teenagers through Education, Culture, Sports, and Leisure in search of citizenhood.

The Cine & Rock cultural movement is a juridical entity of public utility and a nonprofit organization created on March 30th, 2013. We are a civil moment that attends to social, educational, and cultural needs, by developing political - pedagogical projects based especially on the resurgence of ethical principles which are fundamental to human beings. We understand human beings as social and political creatures, from the perspective of culture as a transformation agent. We believe in betterment through the empowerment of urban cultures. The movement's philosophy is to contribute so that other people, especially the youth, will become owners of their own fate, protagonists in their own life thus becoming agents of social change. Cine & Rock is motivated by the valorization of “Urban Pedagogies” with the intention of the construction of citizenship through the urban arts. The movement was born out of the efforts and union of the rock group Praça do Pinheiro, originally from Rio das Pedras Zona located in the western part of Rio de Janeiro, made up by Cultural Producer and Manager Léu Oliveira and Cultural Agitator Elvis Felipe.Cine & Rock integrates a set of affirmative actions such as musical instrument workshops, rehearsal of bands in studios, film viewing, rock band performances with live shows in public squares for adult and children audiences.

Cine & Rock also has a Mobile Studio (bus) that takes its attractions to various places. It was created with the main objective of demystifying that the rock gang was alienated, dirty, drugged and that they are unable to produce something of relevance in their community. The movement is of solid and continuous action that attracts and integrates different audiences. Cultural activities can help to understand the circumstances to which they are subjected and to look for ways to overcome social barriers, as well as hunger, unemployment, the lack of health and education, the lack of access to cultural goods , should be considered an extremely serious problem.. It is not a question of adapting to social impositions but a mechanism that is part of the struggle in the search for a just society. In this direction, Cine & Rock intends to make its socio-cultural contribution. The incentive to promote integration and social enchantment, the mobilization of community, cultural, educational, and socio-political actions, and the encouragement of positive ethnic-racial relations, are marks of our movement that, for 6 years, has provided elements for socio-economic development, contributing to the formation of citizens aware of themselves, of the other, of the reality that surrounds them and of their capacity for transformation. Transformation through integration, using music and audiovisual as the main tool. The methodology developed in all segments is the multiplication of knowledge, where the most experienced students initiate the novice students, passing on their knowledge and thus contributing to sustainability. This has been one of the most important actions within the Company and its guarantee of continuity. Currently, its direct audience is 193 registered subscribers. We would like to note that the number of beneficiaries is much higher, but without registration and documentation after their fourth birthday, 90% of whom are at social risk, distributed in our community and region. Promote the strengthening of citizenship and social justice through Culture as a democratic means in the transformation of society.

Strengthen citizenhood and social justice through Education, Culture, Sports and leisure activities as a democratic form of social change thus promoting the empowerement of children and the youth.

We love and appreciate life in all its forms and search for equilibrium between human actions and nature. This love urges us to develop our work in the fight for respect towards all diversities.

We preach and teach that no objective is just and honest if it's not also ethical. Ethics is the basis for our work.

We have an ethical committment to the opressed. Solidarity is the strength of the method. By joining a cause, we support is and become responsible for it.

We believe that peace comes with dialog. We seek for a peaceful, but not passive, world.