The name for Santa Marta favela comes from the first mass ever to be ministered by Father Velloso, who after   climbing to the top of the hill where it is located, remembered a biblical passage:

So is it Dona or Santa? Although the Santa Marta neighborhood is located in a hill called Dona Marta, residents did not care about it - they would refer to themselves as residents of Santa Marta  Besides, nobody living downtown has any interest or worries about this part of the city, let alone what it is called.

Around 1930, Father Velloso gave that name and it was officially registered in 1965 as  “Association of the Residents of Santa Marta’s Hill”. The document empowered and gave visibility to the discussions about the structural improvements in the favela.

The excerpt from the Association’s statute below leaves no doubts:

Art.2º - It can be recognized by its full name Association of the Residents of Santa Marta’s Hill or by the initials A.M.M.S.M (Associação dos Moradores do Morro de Santa Marta).

However, everything started to get confusing when, in 1987,      media outlets      were      discussing      the drug war that was going on in the favela between Zaca and  Cabeludo factions, They would publish      their       headlines calling the place      “Dona Marta     ”, after the hill’s original name. As always, they did not care    about the people that lived there, but only worried about  exposing the war and where on the map it was, which coincidentally was Santa Marta hill.

From then on, the residents' fight    for their identity and  history began against  mass media and some residents who accepted the imposition from      the means of communication and religion.

But they finally had a win on November 12, 2007, when  Cesar Maia, the mayor back then, registered, at the City’s Official Journalr, the difference between     Dona Marta Hill and     Santa Marta Favela, the last one so  full of life and  stories of survival and struggles, besides its vibrant           culture present    in the veins of the residents.

THE MAYOR OF RIO DE JANEIRO, in the use of legal attributions and, CONSIDERING that the question regarding the names emerged due to the Dona      Marta lookout     , a tourist      attraction      at the top of the hill.

CONSIDERING that the   Dona Marta Hill was named, as a tribute, after Dona Marta Figueira de Mattos, mother of      vicar Dom Clemente José de Mattos, landlord in the 17th century of the      São Clemente esatet, in Botafogo,      whose      lands would go all the way to the Rodrigo de Freitas Lagoon. There, Dom Clemente opened paths to the São Clemente C     hapel, that he built him     self -      a      path that is now      São Clemente street; and CONSIDERING that the favela is called Santa Marta because of a statue      of      Saint Martha      located inside a chapel in the uppermost part of the favela. This statue was taken there by an old resident at the beginning of the 20th      Century. When Father Veloso      arrived in the 1930s,      this little chapel was built to house      the mentioned statue     , sealing the name of the place, DECREES      THAT: 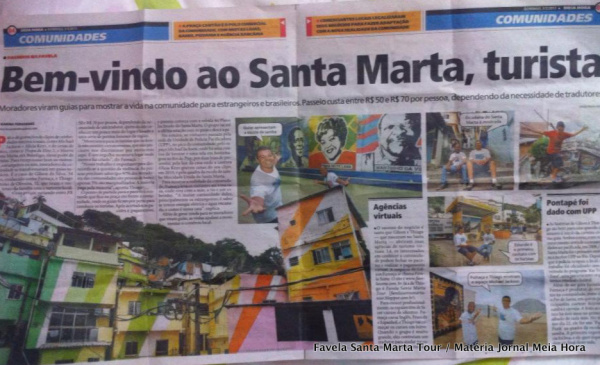 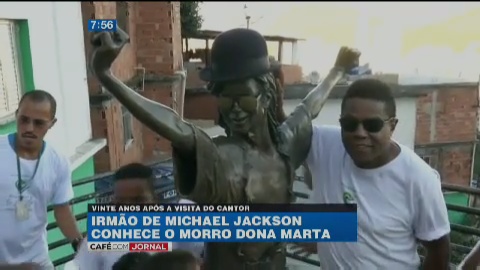 But the struggle for individualization is not over.   Many media outlets  and diligent journalists are used to referring   to the favela as Santa Marta, even though sometimes it’s referred to as Dona Marta in the subtitles, but the biggest struggle is with some residents who     keep calling it Dona Marta, to avoid the word “saint”  for religious reasons. It is sad when that happens, so now I ask: Do you go to the city of São Paulo [Saint Paul] or Sr. Paulo [Mr. Paul]? Do you go to the neighborhood of Santa Teresa [Saint Teresa] or Dona Teresa [Lady Teresa]? There are      so many other places in Brazil with      Santo and Santa in their names.

Why does Santa Marta have      to be different?

How do you feel when someone gets      your name wrong? Changing the name of Santa Marta is like erasing  its history, its identity,  and the memory of all of the people that fought hard battles to survive, to stay at the place, to have better living conditions, and for all their rights like any regular citizen in the world.