The Raízes em Movimento Institute (literally Moving Roots Institute) is a non-governmental organization created in 2001 and located in Complexo do Alemão, a complex of favelas in Rio de Janeiro. Raízes em Movimento has the purpose to promote human, social and cultural development in Complexo do Alemão through the participation of local volunteers as main agents of the processes.

Over the last twenty years or so, many strategies to carry out this mission were found. These include involvement with other local social organizations with different aims, such as:

the implementation of Complexo do Alemão’s Health Council (CONSA), developed with the opening of a local health center at the beginning of Avenida Central, which brought basic health service for the local population; the “Comitê de Desenvolvimento Local da Serra da Misericórdia” [Committee of Local Development of Serra da Misericórdia/ CDLSM], created to fight for environmental preservation in Rio de Janeiro’s fourth largest urban massif with one of its direct achievements being the conversion of the area into an “Environmental Protection and Urban Recovery Area” (APARU ); subsequently, the CDLSM became the Comitee for Monitoring PAC-funded Works in Complexo do Alemão. It is responsible for inspecting infrastructure works and ensuring popular involvement in the process, all in the context of PAC - Brazil’s major infrastructure program in the 2010s. Raízes em Movimento started to integrate the management for PAC’s Social Technical Work , which is responsible for establishing a communication channel with the population .

Furthermore, this history is marked by individual actions, with short-term partnership. Between 2002 and 2003, Raízes’s first substantial action was Tintarte, an educational project involving graffiti and humans rights, in cooperation with the CIEDS - the Integrated Center for Studies and Programs on Sustainable Development. In 2007, it created the most remarkable and recognized activity, namely, Circulando - Dialogue and comunication in favelas - performed since the beginning in partnership with the Observatório de Favelas [Favelas Observatory], it is a big art festival in which Complexo do Alemão is filled with arts, culture, knowledge and memory, all in the form of: music, photography, cinema, theater, poetry, as well as debates and publication releases, children's activities, etc. It is an action through which Raízes reports to the community about their work throughout the year.

Currently, Raízes em Movimento has the objective to discuss and dispute the city on the basis of their experiences in Complexo do Alemão. They do so by locating and qualifying what they term “place of speech” [locus of enunciation] of the peripheries, with actions organized in two axes: communication and knowledge production. In the first scenario, having critical social communication and culture as a basis; in the second scenario, through connection with academic knowledge and rescue of local memory. This way, methodologies and products developed can be reproduced for other peripheral spaces, in Brazil and the world.

This project takes shape in two programs: Circulando and CEPEDOCA (Complexo do Alemão’s Center for Research, Documentation and Memory). The first focuses on communication and is composed by the Circulando festival and by www.favela.doc - Raízes’s audiovisual branch -, which organizes the Raízes film club (created in the heart of Adubando Raízes Locais project) and has produced two documentaries, one called “Copa pra Alemão Ver” and the other “ Quando você chegou meu santo já tava”, about the religions of African origin in the neighborhood of Complexo do Alemão.

CEPEDOCA is the knowledge and memory branch and takes shape in a series of activities, such as: offer of specials courses – like Raízes Locais (in partnership with the Federal University of Rio de Janeiro - UFRJ) and Olhares Periféricos (with IESP/State University of Rio de Janeiro); Vamos Desenrolar - Knowledge and Memory Production Workshop , in which specialists and locals gather to debate previously defined themes; the production of the book “Complexo do Alemão: uma bibliografia comentada” [a biography with commentary], with a survey of published material about the neighborhood; the assembly of a historical collection; the “Coletivo de Pesquisadores em Movimento” forum, a network of academics that are called to collaborate with Raízes and CEPEDOCA; and the construction of CEPEDOCA´s website (www.cepedoca.org), in which the activities in place are advertised. CEPEDOCA, which existed as an idea since the beginning of 2010, materialized in 2016 with the support of federal deputy Jean Wyllys and in partnership with UFRJ.

It is also worth mentioning, in the scope of CEPEDOCA, two publications: “Vida Social e Política nas Favelas: pesquisas de campo no Complexo do Alemão”, produced in partnership with IPEA (Institute of Applied Economic Research) and by researchers that took part in the Pesquisadores em Movimento Association; and “A praça pr’Alemão ter”, a joint effort in 2015 with UFRJ’s architecture students conducted by Pablo Benetti and Solange Carvalho, for the construction of a Compexo do Alemão’s public square (Praça Verde) . The joint effor took place for two consecutive years in distincts places of Morro do Alemão, one of which, the “escada do amor” [love steps], that had the support of the collective “Permanências e Destruições”, was selected to be exposed at the Museum of Tomorrow in the international exhibit Designing Respect.

As part of the fight against Covid 19, Raízes works in partnership with the collective Juntos pelo Complexo do Alemão, to not only raise money to buy food baskets, but also to create community communication actions. In the Raízes’s official Instagram more infromation about the project is available. 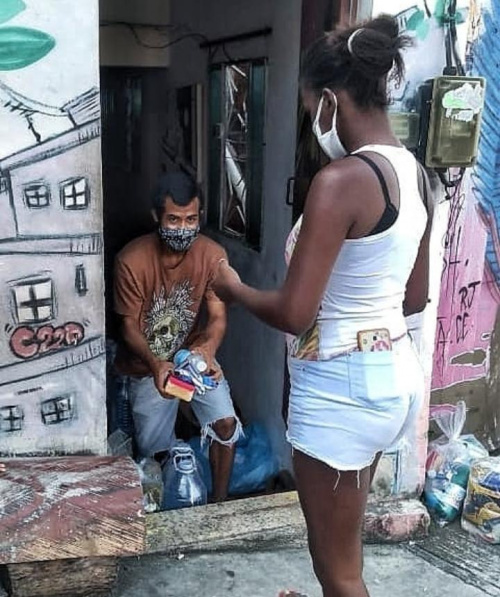 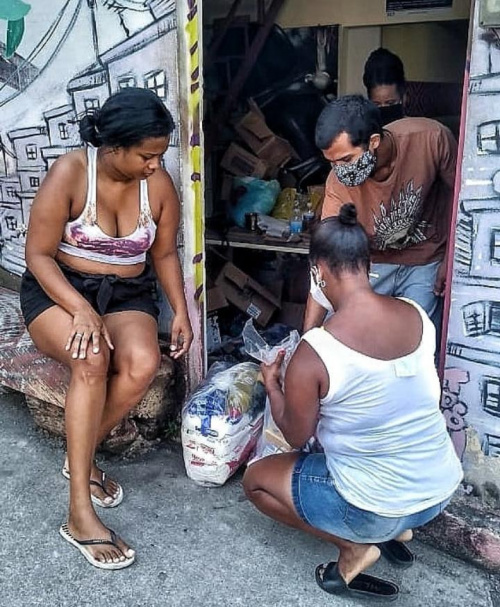 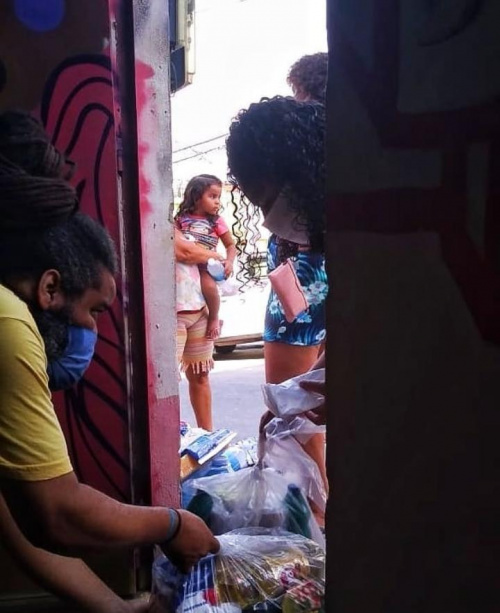 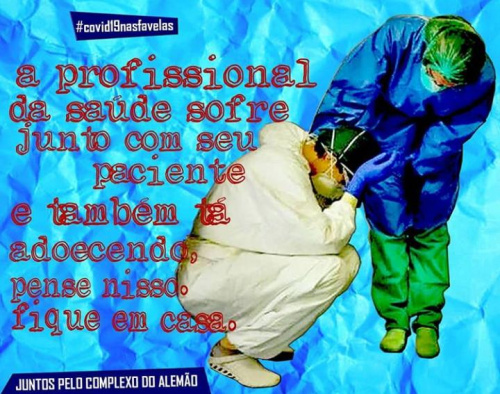